Trade between Asia and Africa in the 16th century involved precious things like spices, fabric and exotic animals. But often, the cargo included something far more valuable and tragic. Abyssinian Slaves. Purchased from the Ethiopian Empire, these slaves were shipped to large slave markets in the Persian Gulf. Here, wealthy men from Asia and parts of Europe took their pick to add to their household staff and armies. The Abyssinian slaves brought to South Central Deccan India were called Habshis, from the Arabic word for Abysinnia, “al-Habash”. They were in high demand for their skill and strength as warriors. The Deccan was a land of opportunity for these men who through their deeds here, often gained freedom and rank.

Above: Ahmadnagar, one of the five Deccan Sultanates. Image Credit: User Rudolf 1922 on sv.wikipedia [CC BY-SA 3.0]

The most famous of these Habshis was Malik Ambar. He was born in 1549 in a place called Harar in Ethiopia to a poor family with many children. His own parents sold him as a child to slavers. He grew up a slave, changing hands several times till he was finally sold at Baghdad to Changiz Khan, the Prime Minister of the Deccan Sultanate of Ahmednagar. In the Deccan, Malik Ambar was encouraged to learn the art of governance from his master. After Khan’s death, Ambar was released from slavery and joined an army of mercenaries. He became an excellent warrior and word of him reached the Sultan of Ahmednagar.  He was summoned to court and offered a permanent position.

By the 1590s, the Mughal Emperor who ruled in the north decided to bring the Deccan under his control. Malik Ambar remained loyal to the Sultan’s successors, helping them defend Ahmednagar fort till the assassination of its regent in 1599. Ambar escaped with many officials of Ahmednagar to the town of Paranda in present day Maharashtra in western India. Here, he established a new capital, vehemently calling it Ahmednagar. He set Murtaza Shah II, the descendant of the Sultan who had employed him, on the throne, and assumed the role of prime minister and regent of this new Ahmednagar. Later, the capital was shifted to a village christened by Ambar as Khadki. 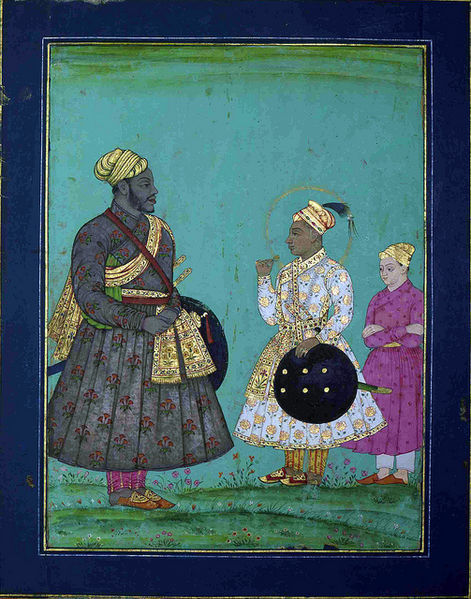 Ambar was committed to bringing about infrastructural development and administrative reforms and Khadki soon developed into a fine city. In 1612, he designed the first aqueduct in Khadki to solve the problem of water shortage. There were no reservoirs and natural water reserves in the area. The surrounding landscape made it difficult to construct canals to bring in water from a small perennial stream in the hills. Undeterred, Malik ventured into the project and in 15 months, the ‘nehr’ or canal system engineered with an ingenious water mill was supplying clean water to the entire city. Malik also introduced a scientific method to assess and collect revenue which protected the interests of the peasants by reducing intermediaries. The reforms known as Malik Ambar Dhara, became the basis of all future revenue systems in the Deccan. Widely respected for his tact, farsightedness, administrative capacity, diplomatic skill and superb general-ship, Ambar accumulated enough clout to have one of his daughters married to the Sultan. How could the king refuse his maker?

Ambar never forgot the Mughals and their assault on the old Ahmednagar. He recruited and trained an army in the art of guerrilla warfare and used it to attack the fort of old Ahmednagar, several times. He never successfully defeated the Mughals but was a thorn in their side till his death on 14th May, 1626 at the ripe old age of 80.

After his death, his son Fateh Khan took over and renamed Khadki as Fatehnagar. He was not as capable as his father. By 1633, the Mughals achieved their Deccan dream and all of Deccan including Fatehnagar was theirs. Then, in 1653, the Mughal prince Aurungzeb was made the region’s viceroy. He made Malik Ambar’s fine city his capital and renamed it Aurangabad, the name it still holds today.