The Lotus is India’s floral VIP. Hindu Gods are often shown seated or standing on a blooming lotus or holding one. In Hinduism the flower represents beauty and purity. The supreme Hindu God of creation, Brahma is said to have emerged from inside a lotus. But the lotus as a religious symbol is not limited just to Hinduism or even to India. In fact it may have all started in Ancient Egypt. 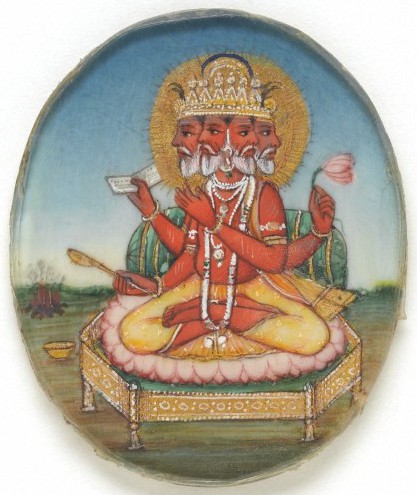 All three ancient religions originating in India including Hinduism, Buddhism and Jainism adopted the lotus as their own. The flower holds religious and mystical significance wherever it grows throughout Asia, especially in India, China and Vietnam. Buddhist art and architecture in all three countries is replete with lotus iconography.

The domes of ancient Buddhist Stupas in India are often lined with circular designs denoting a lotus. The Buddha himself identified with the flower. He is seen as a divine lotus: Though born on earth, he is believed to have managed to float above earthly attachments, just like the flower does above water. 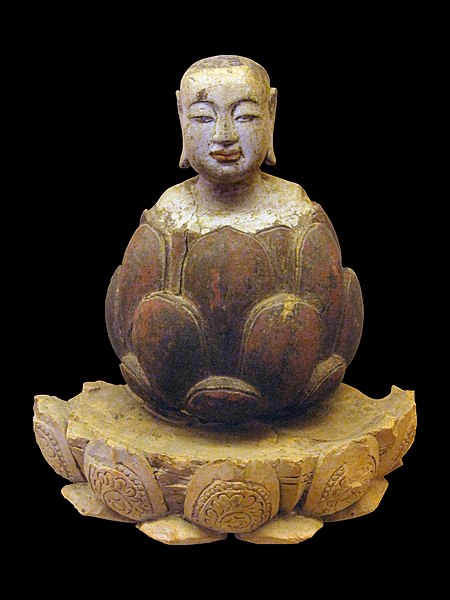 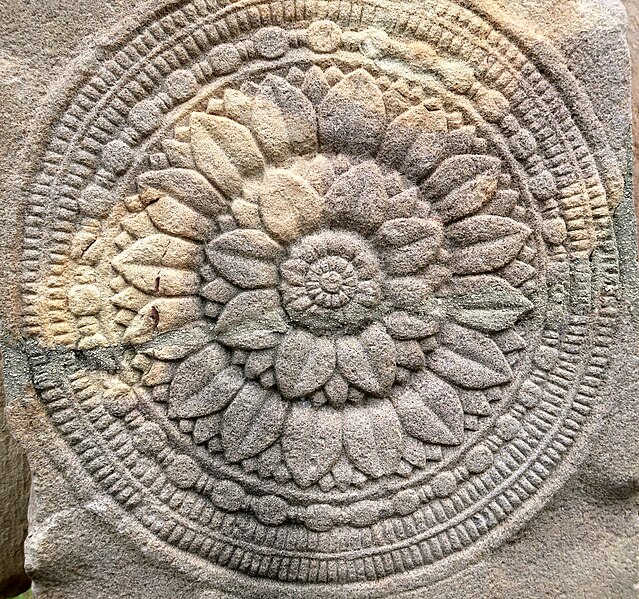 But the lotus’ mystical roots have a more global attachment. For ancient Egyptians the flower was revered as a representation of Ra the Sun God. The flower like the sun, closed up for the day every evening, ostensibly sank in the water and like Ra rose and bloomed again every morning. It was thus a symbol of rebirth. It would soon become more. Before the emergence of Egypt as one of the great ancient civilizations in 3000 BCE Ancient Egypt was actually divided into two: Lower Egypt to the north occupying the Nile Delta and Upper Egypt to the south, occupying the land on the shores of the first half of the Nile. The first Egyptian Pharaoh, Menes, is said to have united these two lands under him.

Once the two lands were united, the blue lotus that grew in Upper Egypt and papyrus that grew in Lower Egypt joined to become a symbol of the united Egypt. Hieroglyphics and art from that time period and after often include icons showing the two water plants intertwined or being tied together by an Egyptian God and the Pharaoh.

Above: Luxor Temple relief showing the tying of the Lotus and the Papyrus, circa 1400 BCE, Egypt. Image Credit: Olaf Tausch [CC BY 3.0]

The lotus as a symbol also crept into Christianity somewhere around the 5th century. This is when a council of Christian Bishops convened in Ephesus in present day Turkey to formally declare the virgin Mary as Theotokos, the mother of God rather than merely the mother of Christ. The result was a proliferation of church buildings dedicated to the Virgin Mother replete with depictions of the white lotus plant.

Above: Mosaic from the Church of the Acheiropoietos in Greece, dedicated to Mary, built circa 450-470 AD after the Council of Ephesus. Image Credit: G.Garitan [CC BY-SA 4.0]

Much later in the 13th century the Mongol’s invaded Western Asia. The lotus as an icon was already a favourite in China and soon, it started appearing in Persian Islamic art. Then in the 16th century a Persian prince decided to take over India. The result was the Mughal empire. The lotus became even more important in Mughal art, strengthened now by Indian, Chinese and Persian takes on the flower’s representation.

One of the best examples of this can be found in Fatehpur Sikri in Uttar Pradesh which served as the Mughal Capital for 14 years. Here, the throne pillar in the Diwan-i-Khas or the Hall of Private Audience shows influences of all major Indian religions and even Christianity. Akbar who ruled from here for a while was known to hold syncretistic views on religion.  The most easily identifiable symbol when you look at the pillar as a whole, is the lotus. Even the dome of the beautiful Taj Mahal in Agra commissioned by the Mughal Emperor Shah Jahan in 1632 is decorated with an inverted lotus design.

The lotus may be an ancient symbol, but it has continued to influence religious art and architecture right up till quite recently. The lotus temple in Delhi was formally inaugurated in 1986. The temple belongs to the Bahai Faith, a modern religion that emerged in the 19th century. Isn’t it fascinating that even this religion chose to adopt the lotus? 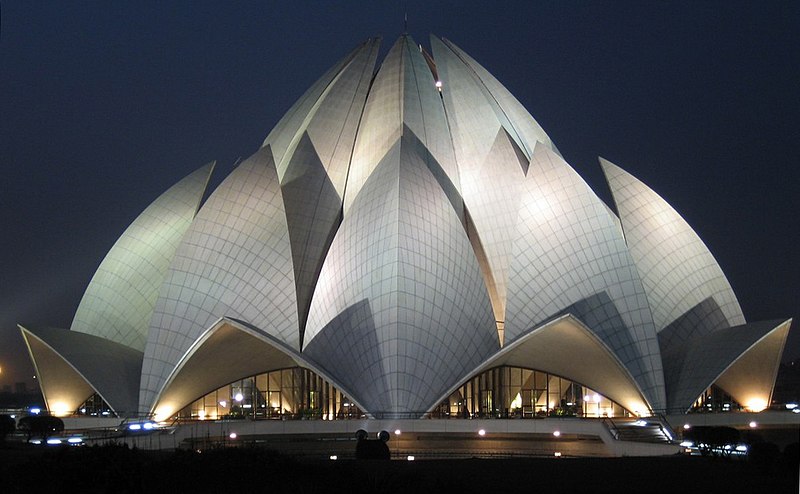 Look for the lotus on the Chennai Museum Sculpture Gallery trail. Download the Storytrails App and discover a city all by yourself through our location aware Audio Tours.