Big cities are full of secrets, and Mumbai is no exception. Tucked-away in the city’s myriad neighbourhoods there are moss-covered graveyards, abandoned railway stations, paved-over rivers and secret underground bunkers and tunnels. Just in the last ten years, four different underground spaces have been discovered in South Mumbai. And they’re all right under where the old British fort once stood. Why are they there?

Because the British were paranoid about being attacked.

The British had acquired Bombay from the Portuguese in the mid-1600s. It was given as a wedding present to Charles II, but the islands eventually found their way into the hands of the English East India Company. The strategic location of the islands- a gateway into India from the west- and the fact that it was a natural harbour meant that it was a coveted target for foreign powers, Indian rulers and pirates. The British had to fight wars on several fronts. They had to keep the Portuguese, who were their neighbours, at arms-length. The Dutch, who were a real threat to the British East India Company trade, had to be stopped from launching an invasion via the sea. The Mughals in the Northwest weren’t too happy with the British when they first settled in Bombay. So they too posed a threat. And in the areas around Bombay, the Marathas were growing in power. So the British had to find ways to protect themselves against all these enemies. A few secret tunnels and bunkers seemed like a good idea.

The most recently discovered was a tunnel under the front garden of the General Post Office near CST station. Discovered in 2010, the tunnel is thought to be about 200 years old- much older that the building it sits under. For years the tunnel went unnoticed. People assumed that the metal lid covering it simply led to a manhole. But when it was finally opened, a long stone tunnel, wide enough to hold several people, was discovered.

What was it used for? It was suggested that it might have been built only after Napoleon took Egypt at the end of the 18th century. The British were terrified that the French monarch was eyeing Bombay next. More practically, the tunnel might  have just  been a  storage space, or an underground route used to bring goods into the city from the harbour . We can’t be sure though. At present it’s just a dead end. But it’s easy to imagine how it might have connected to other tunnels in the past.

Not too far from the GPO sits the St. George’s hospital. And smack under the hospital’s Swine Flu ward is yet another tunnel. This tunnel wasn’t a recent discovery. Hospital officials admit that they’ve known about it for some time but weren’t very eager to tell the world about it. The tunnel is 1.5 km long and once had exit points under the Gateway of India, Blue Gate and Churchgate. At present, the tunnel’s three arms are blocked by mud and water. But historians suggest that it was once used as an escape route for soldiers, and possibly as storage space for ammunition and arms.

The third tunnel sits under the heritage gallery of the magnificent  Chhatrapati Shivaji Maharaj Terminus, formerly Victoria Terminus. A trap door from the heritage gallery leads to a basement area which was dug out in the late 1800s. This isn’t the end though. On one end of it is a heavy iron door that seems impossible to open, even with the keys assigned to it. But if you do manage to open it, you will find a staircase snaking its way down to another set of doors. So what lies at the end of all this? A vault filled with treasure! Or at least, it was filled with treasure until a few years ago. This was the strong room for the terminus. All the money collected by the railways was brought here and stored away in big metal chests before being deposited in the bank. You can still see the lift used to move these coffers, and a funneled tube that helped move the loose coins. The entire room was in use until the early 2000s. The railways is considering expanding the heritage gallery down into the vault. 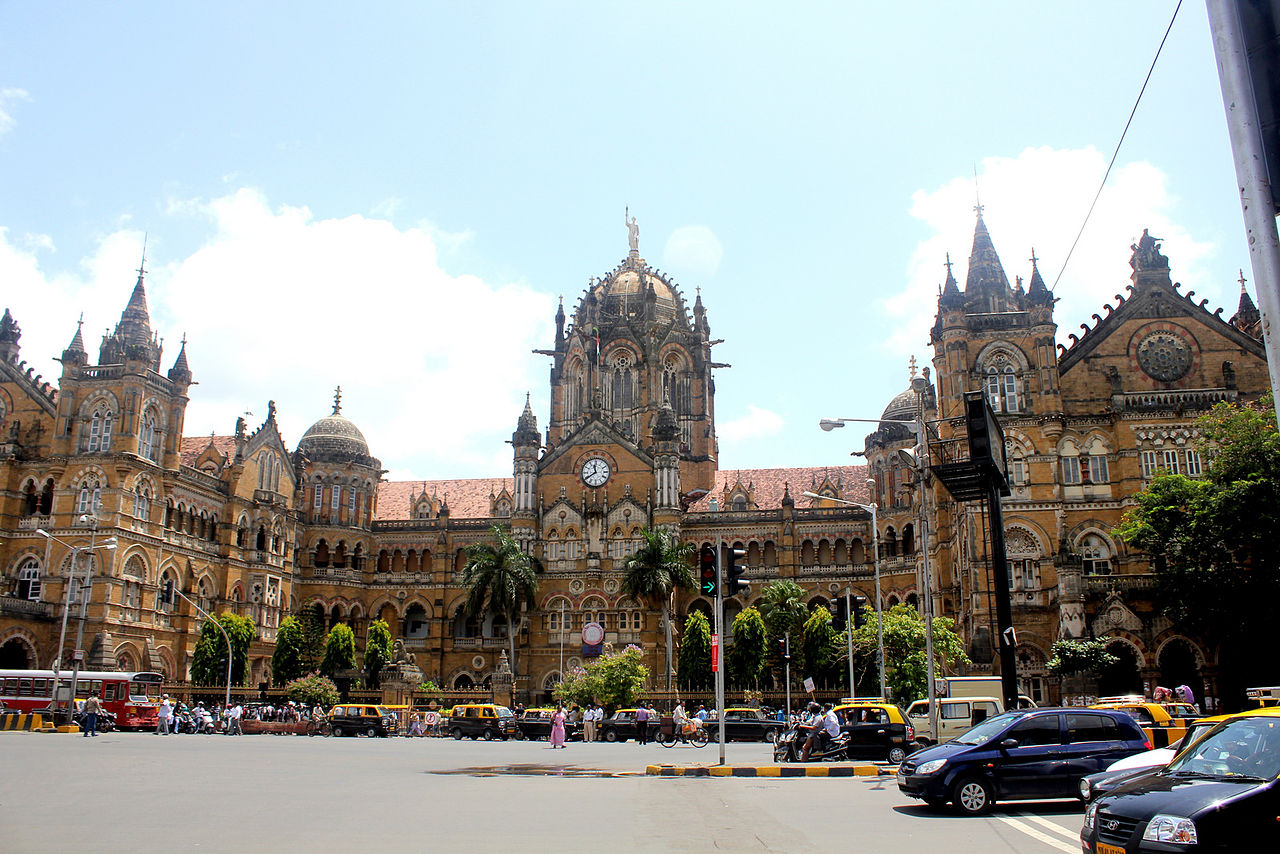 Our final tunnel isn’t really a tunnel at all. It’s actually an enormous bunker 150 meters long, covering some 5,000 sq ft, complete with ventilation, drainage and 13 rooms. It is located on the very tip of Mumbai- right under the  Raj Bhavan or the Governor’s mansion in Malabar Hill. It begins under the grand Durbar Hall and then leads seawards. The bunker was most likely built in the 1870s by the British. They used it to store ammunition and as a place from where they could fire cannon balls at enemy ships. The 13 rooms still have their nameplates, which read Shell store, Cartridge store and Workshop, to name a few. When the bunker was discovered in 2016, it had been kept shut up for about 60 years. Today the bunker has been turned into the Bunker Museum.

To find out more about Mumbai’s secret histories, join us on the newly launched Storytrails walking tour in Mumbai- The Bombay Story. To book, write to mumbai@storytrails.in or call +919152021278.