Once upon a time, an acorn fell on top of a little bird named Chicken Little and he thought the skies were coming down. He made a huge commotion and set the other animals running as well. This story is a part of Aesop’s Fables. But even before Aesop and Chicken Little, there was a hare in an Indian Jungle who feared that doomsday was at hand. This story, called ‘The timid hare and the flight of the beasts’ was part of a collection of Indian fables called the Jataka Tales. ‘Jataka’ translates to ‘Birth’ in Sanskrit. So, whose ‘birth stories’ are these?

Gautama Buddha, the founder of Buddhism, lived in the 5th century BCE and attained enlightenment at Bodh Gaya in Bihar, a north Indian state. According to Buddhist tradition, well before he gained enlightenment, Buddha took birth hundreds of times as different animals and human beings.  It is said that, right before gaining enlightenment, the stories of his previous lives flashed rapidly through his mind. These stories became known as the Jataka tales. When his disciples set forth to spread his message, the Jataka tales traveled with them.

Under the patronage of the most powerful king in India, Ashoka the Great, Buddhist monks traveled to various parts of the subcontinent and beyond to spread Buddhism. Ashoka’s empire was no stranger to foreigners. Travelers came from as far away as China in the east and Greece in the west.   So, it’s no surprise that some of the Jataka tales travelled to those nations and share similarities with other folktales. But where is the Buddha in the story of the timid hare? When the hare thinks that the ground is cracking, panic spreads through the forest and the animals run towards the ocean to ‘save’ themselves. A young lion, who was Buddha himself, shows the hare that he was mistaken and saves the animals from killing themselves.

Let me tell you another story from the Jataka tales that is a close cousin of an Aesop fable. Once, there was a mother and her two daughters who were finding it very hard to make ends meet. A golden swan took pity on them and occasionally gave them a golden feather. But the mother got too greedy and decided to pluck all the feathers off the swan at one go. When she did, the feathers in her hand turned into ordinary feathers and the swan disappeared for ever. In the Aesop fables, it is a golden egg –laying goose that imparts a lesson on human greed.

Jataka tales made the perfect bedtime stories because they always ended with a moral lesson. But it’s not just little children who have been inspired by these tales. Since ancient times Buddhist artisans, have taken inspiration from these tales to create carvings and paintings. These stories were carved into the most enduring of elements – stone. And that is how they have survived for so long. 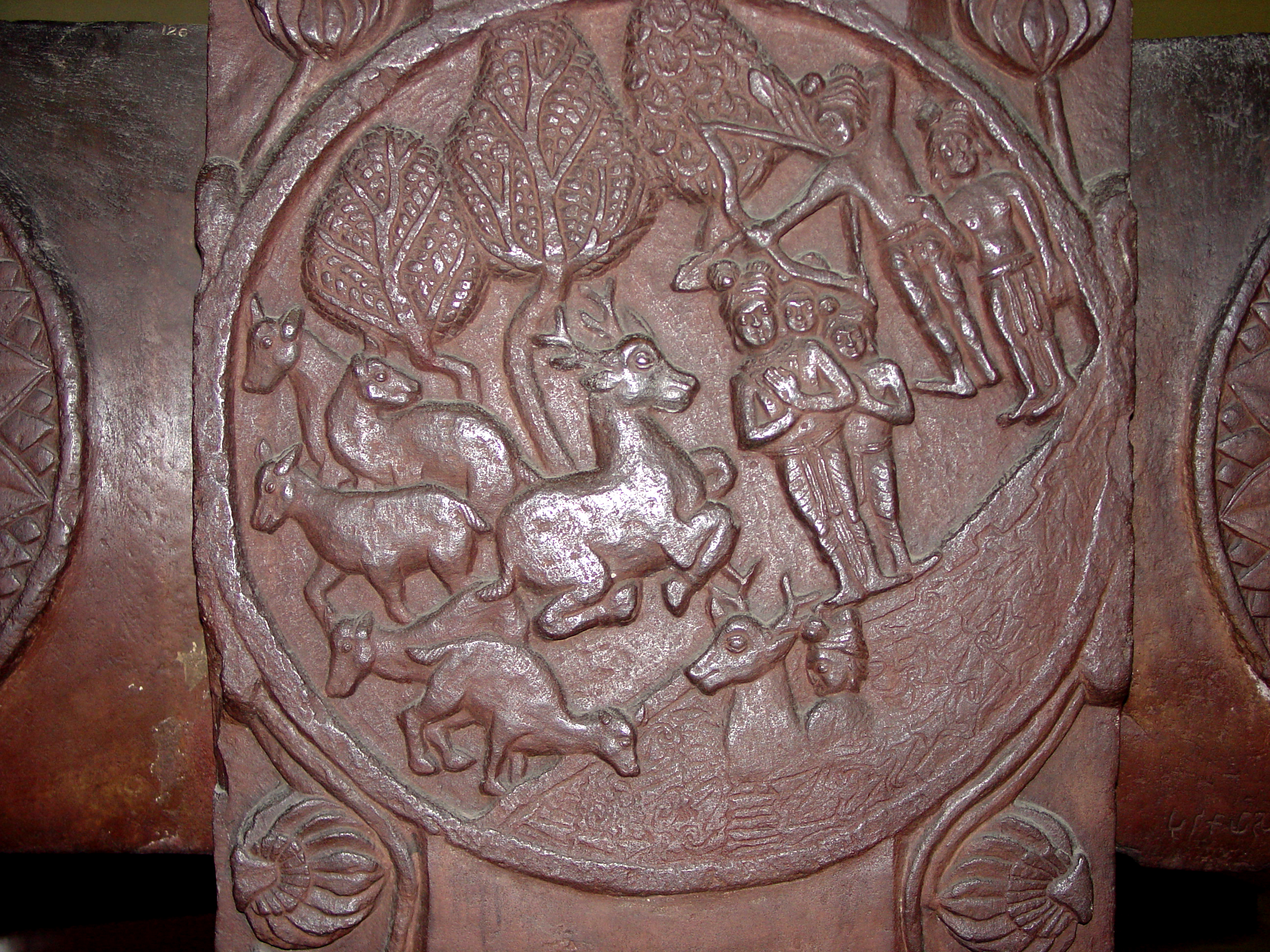 Some of these carvings are on display at the Amaravati hall in the Government museum at Chennai. Strangely enough, in many of these carvings, the Buddha is nowhere to be seen. The early artisans believed that the form of the Buddha should not be carved. They thought it would be tantamount to erecting an idol for Buddha. You see, he was strongly against Idol worship. The artisans therefore represented the Buddha in symbols. The most famous one is a footprint of the Buddha, which is also on display at the Amaravati gallery.

Instead of reading the Jataka tales, you might want to head over to the Government Museum in Chennai to see some of these stories set in stone. Download the Storytrails App and take the stone sculpture galleries audio tour.